do a dot fun

Yesterday afternoon I downloaded and printed these printables from Homeschool Creations. Both boys loved them as you can see. 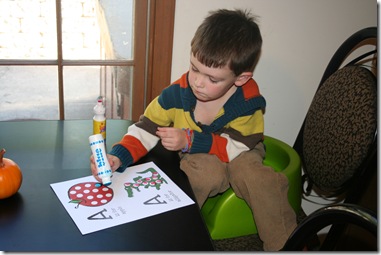 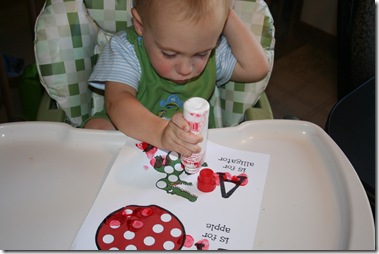 The only problem was Monkey went through all the letters in less than 5 minutes, and then asked for more. So I drew a letter J and had him go over that with the dotter. He enjoyed that. So then I drew him a train, and he did the same with that. He was having a ball. 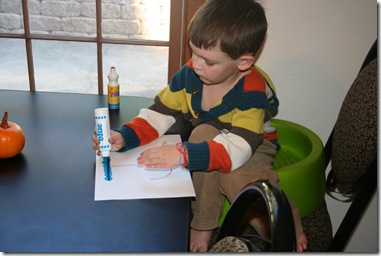 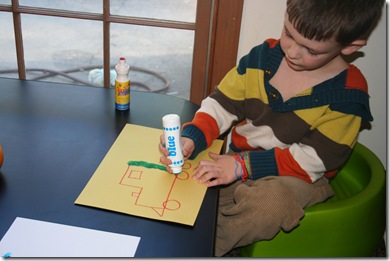 Then it occurred to me, that he would probably like a coloring book type activity with these. I know they sell them, but it isn’t Christmas yet, and I don’t want to spend the money know. So after a search online I couldn’t find anything similar  so I made my own…..I know, shocking that I actually made my own of something. 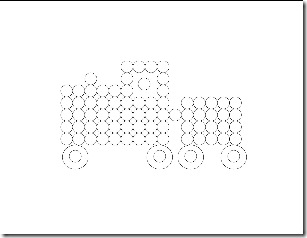 That turned out so well, that I thought I would try a race car. My first attempts did not go so well. So I went to Making Learning Fun and found their bingo marker pages. But the only problem was there were no circles, and knowing Monkey, he would want the circles. Without the circles envision he would put one dot on the page and be done, he is very literal, and likes art with a very specific goal in mind. His favorite word is “perfect”. So I used Making Learning Fun’s page as a template to make the following race car. 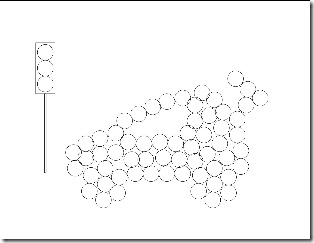 I am sure my kids will like it but they haven’t had a chance to try them out yet. I am going to load them on scribd if you want to try them out.Train Car
Posted by Lessons from the Boys at 7:20 AM

Lessons from the Boys
United States
I am a SAHM to 2 boys. I manage the house, play with my kids, and try to take care of myself. I was a teacher (taught 5th grade) so I love finding cool things to do with Monkey and Alligator, that will also teach them.